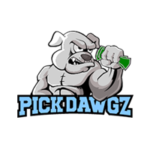 The Miami Heat and the Boston Celtics duke it out once again at the TD Garden on Friday night.

The Miami Heat have been in decent shape as they were riding a three-game win streak before getting stopped in their tracks by the league-leading Celtics in a 134-121 road loss on Wednesday. Bam Adebayo and Max Strus led the team with 23 points each, Tyler Herro added 22 points with nine assists while Kyle Lowry chipped in with 14 points and five assists. As a team, the Heat shot 52 percent from the field and 18 of 40 from the 3-point line as they kept pace with the Celtics until the fourth quarter. The Heat just had no answer for the Celtics’ Jayson Tatum who scorched them for 49 points on 15 of 25 shooting.

Meanwhile, the Boston Celtics have been on fire as they’ve won 14 of their past 15 games and they will be aiming for a sixth straight victory after beating the Heat on Wednesday. Jayson Tatum drained eight 3-pointers on his way to 49 points and 11 rebounds, Jaylen Brown added 26 points, seven rebounds and five assists while Malcolm Brogdon chipped in with 21 points on seven of 10 shooting off the bench. As a team, the Celtics shot 55 percent from the field and a sizzling 22 of 45 from the 3-point line as they poured in 68 points in the first half to build an early lead which they kept until the fourth quarter where they were able to pull away and win comfortably in the end.