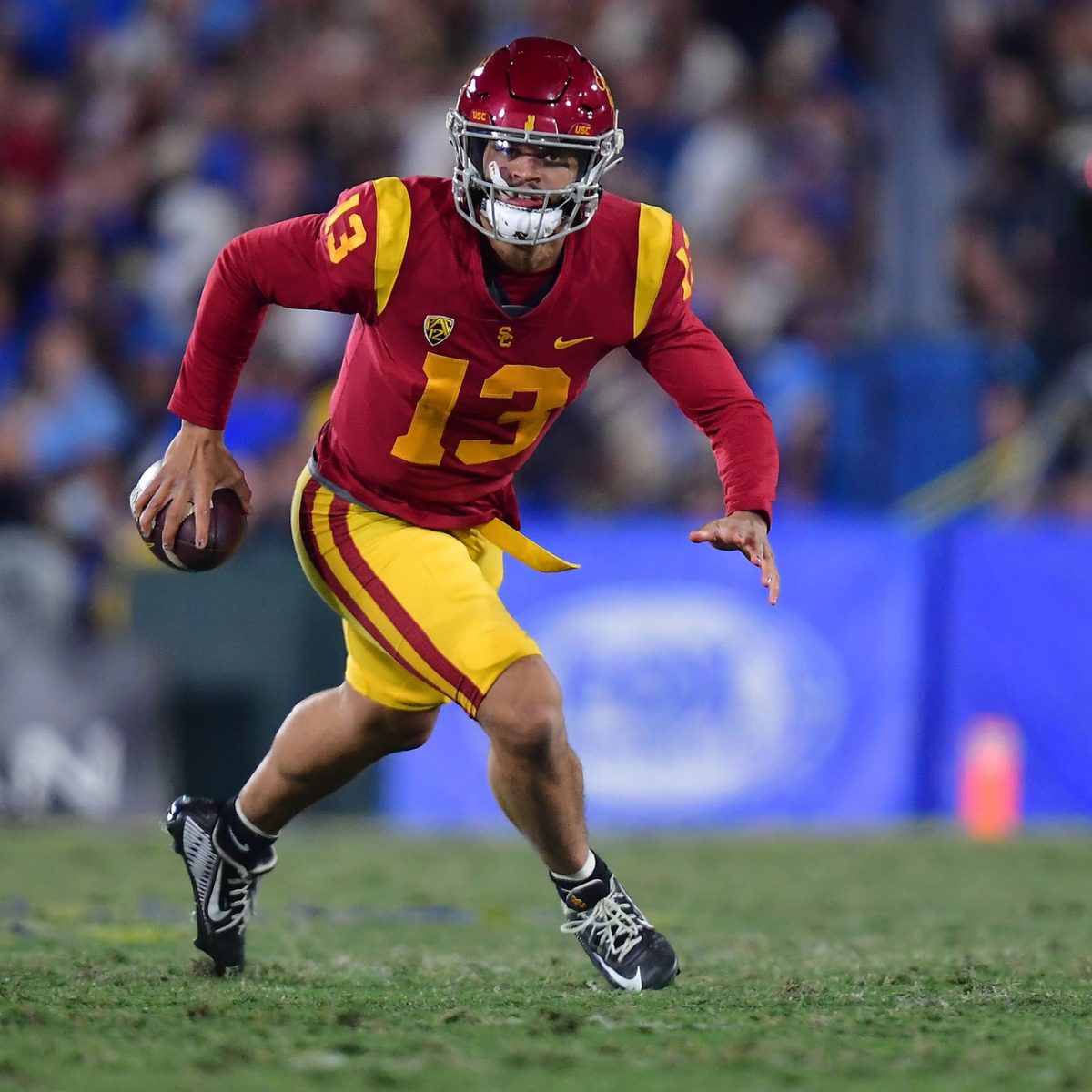 College football action on Saturday evening and we will see the 8-3 Notre Dame Fighting Irish invade United Airlines Field at Los Angeles Memorial Coliseum to rumble with the 10-1 USC Trojans. Notre Dame comes in off a 44-0 pounding of the Boston College Eagles and have won their last five in a row now. The Trojans have won their last four in a row after taking down UCLA in a 48-45 thriller. Notre Dame has won the last four in this series.

The Notre Dame Fighting Irish have been on a roll since a shocking loss to Stanford at home as they have now won their last five games in a row after crushing Boston College by a score of 44-0. The Irish are now 8-3 on the year and in line for what should be a nice Bowl game. They can get an even better bowl bid with a win over a strong USC team in this one. The Notre Dame offense has been unstoppable of late as they have averaged 39.8 ppg over their last five games, scoring at least 35 points in each of those games. They will need their offense to keep it rolling here as the Trojans will put up their fair share of points. The Irish struggled to run the ball against Navy a couple of weeks ago but they got back on track last week with 281 yards on the ground against the Eagles. They are now 36th in the nation in rushing and USC is average against the run.

It is imperative that the Irish get their gro und game as it will open up throwing lanes for Drew Pyne, who will be facing one of the worst pass defenses in the nation. Pyne has been decent this year, throwing for 1703 yards with 19 TDs to just five INTs. They will need a big game from him here. The Notre Dame defense has been tough this year and they allowed just 173 yards of total offense against BC last week. They are now 17th in total yards allowed, 16th against the pass, 36th against the run, and 29th in points allowed, giving up just 20.3 ppg. The defense will be tested against this powerful USC Offense.