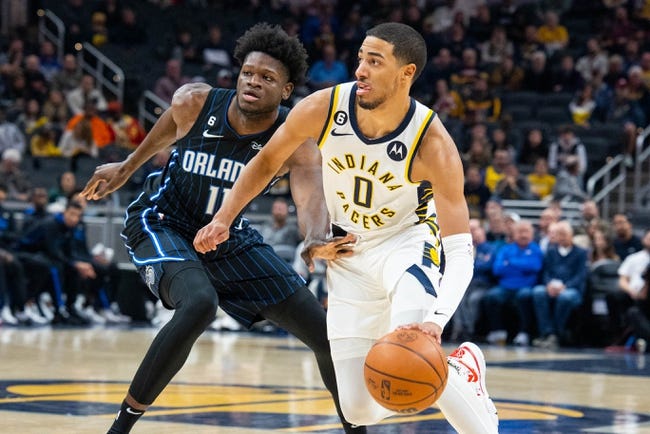 The Brooklyn Nets and the Indiana Pacers collide at the Gainbridge Fieldhouse on Friday night.

The Brooklyn Nets have been in decent shape as they’ve won seven of their last 11 games overall and they will be eager to stay hot after blowing past the Raptors in a 112-98 road win on Wednesday. Kyrie Irving led the team with 29 points on 11 of 16 shooting, Royce O’Neale added 15 points with seven assists and four steals while Nic Claxton and Ben Simmons scored 14 points each. As a team, the Nets shot 54 percent from the field and 17 of 38 from the 3-point line as they went ice-cold and managed just 14 points in the second quarter to squander an early 12-point lead, but they kept their composure and exploded for 39 points in the third quarter to pull away and win comfortably in the end.

Meanwhile, the Indiana Pacers have been in great shape as they’ve won nine of their last 12 games overall, but they will be hoping to bounce back here after having their five-game win streak snapped by the Timberwolves in a 115-101 loss on Wednesday. Myles Turner drained seven 3-pointers to lead the team with 31 points on 12 of 17 shooting, Benedict Mathurin added 21 points off the bench while Tyrese Haliburton chipped in with 10 points and 14 assists. As a team, the Pacers were solid on the defensive end as they forced the Timberwolves in 23 turnovers, but they really struggled with their offense all game as they shot just 38 percent from the field and 16 of 44 from the 3-point line. Tyrese Haliburton shot just four of 15 from the field while Aaron Nesmith finished with just three points on one of nine shooting.